An indexed annuity (IA) is a contract between you and an insurance company. You pay premiums in a lump sum or periodically, and the issuer promises* to pay you some amount in the future. The IA issuer also provides a minimum guaranteed* interest rate on your premiums paid.

With an IA, the interest earnings are tied to the performance of an equity index such as the S&P 500 or the Dow Jones Industrial Average.

With an IA, your interest earnings may increase if the market performs well, but if the market performs poorly, your principal is not reduced by market losses. Indexed annuities are generally subject to a lengthy surrender charge period. Most IAs pay a minimum guaranteed* interest rate (e.g., 3%) on a percentage of premium (e.g., 87.5%). However, if the IA doesn’t earn interest greater than the minimum, cashing in the account prior to the end of the surrender period may cause the investor to lose money.

Note, however, that any return, whether guaranteed or not, is only as good as the insurance company that offers it. Both the IA’s principal and its earnings are entirely dependent on the insurer’s ability to meet its financial obligations.

Also, be aware that buyers of IAs are not directly invested in the index or the equities comprising the index. The index is merely the instrument used to measure the gain or loss in the market, and that measurement is used to calculate the interest rate.

*The guaranteed minimum rate of return is contingent upon holding the indexed annuity until the end of the term. Annuity guarantees are contingent on the financial strength and claims-paying ability of the annuity issuer.

The indexing method is the approach used to measure the change in an index. The original method, which measures index values at the beginning and end of the term, is known as the point-to-point or European method. The point-to-point method is the simplest approach, but it fails to consider market fluctuations that occur in-between the issue and maturity dates. This can result in unsatisfactory returns if the market declines at the end of the term.

Another approach, known as the high-water-mark or look-back method, looks at the value of the index at certain points during the term, such as annual anniversaries. The highest value of these points is then compared to the date-of-issue value to determine any gain to be credited to the IA.

A third approach, the averaging method, also looks at the value of the index at certain points during the annuity’s term, then uses the average value of these points to compute the difference from either the date-of-issue value or the date-of-maturity value.

The fourth main indexing method is known as the reset or ratcheting method. With this method, start-of-year values are compared to end-of-year values for each year of the annuity’s term. Decreases in the index are ignored, and increases are locked in every year.

How interest is credited to an IA

Many IAs have surrender charges, which can be a percentage of the amount withdrawn or a reduction in the interest rate. Further, withdrawals prior to age 59½ may be subject to a 10% federal income tax penalty.

Some IAs put an upper limit on the interest rate the annuity will earn. Say, for example, that an IA has an interest-rate cap of 6%. If the gain in the index is 7% and the participation rate is 90%, the interest rate will be 6% — not 6.3%.

Questions to ask about an IA 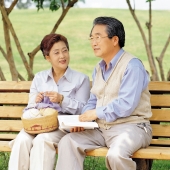 Like most annuity contracts, indexed annuities have certain rules, restrictions, and expenses. Some insurance companies reserve the right to change participation rates, cap rates, and other fees either annually or at the start of each contract term. These types of changes could affect the investment return. Based on the guarantees of the issuing company, it may be possible to lose money with this type of investment. Therefore, it would be prudent to review how the contract handles these issues before deciding whether to invest.

All of an IA’s features should be clearly spelled out in the prospectus or other sales literature, and if you purchase the IA, in your contract as well.

Retirement Income Investing: Beyond Annuities One of the challenges of investing during retirement is providing for…

#365 How Much Annual Income Can Your Retirement Portfolio Provide? | Palm Beach, FL