As baby boomers retire, they begin to focus less on accumulating assets and more on how those assets can be converted into an ongoing stream of income. Distribution funds are one way to simplify that process.

Distribution funds are actively managed mutual funds that focus not on maximizing asset growth but on making regularly scheduled payments to investors. Distribution funds were primarily designed to give retirees an easier way to receive income. For example, early retirees might use one to provide income until they reach full retirement age. They also can be used to complement a pension or other income sources.

A distribution fund basically functions much like a systematic withdrawal plan. Its annual payout (either a percentage of assets or a specific dollar amount) is divided into equal payments that are scheduled to be made at regular intervals (typically monthly or quarterly).

As with so-called lifestyle or lifecycle funds, distribution funds typically are offered as part of a group. All funds in the group use a similar investing methodology, but each fund has a different payout target or distribution rate. For example, one fund in the group might offer a 3% annual payout. Another fund in the same group might target a 4% payout, and a third might aim for 6%.

One size doesn’t fit all

Even though funds within a given series are consistent in their approach to income distribution, methods used by various families of distribution funds to generate returns and calculate payments vary widely. For example, one series might differentiate its funds based on the annual percentage each one distributes. Another group of funds might determine annual income levels and asset allocation based on how long each fund’s portfolio is intended to last. The shorter a fund’s time horizon, the higher the targeted annual payout.

Some distribution funds are managed so that all capital is exhausted by the end of a designated time period, generally getting more conservative as that end date gets closer. Others are designed to preserve capital and make payouts primarily from earnings; these typically have no time frame attached. Regardless of how the targeted payout rate is derived for a given fund series, it’s based on what is considered a sustainable withdrawal rate given the fund’s objectives, planned asset allocation, and time frame (if applicable). Also, in some cases, the amount of the payout is adjusted to keep pace with inflation.

A distribution fund’s method of providing its targeted income is generally based on historical rates of return for various types of investments in both good and bad markets. Each fund’s strategy is intended to minimize the impact of market fluctuations on its income payout. However, there is no guarantee a fund’s payout will remain the same from year to year. Also, it’s important to remember that all investing involves risk, including the possible loss of principal, and there can be no assurance that any investment strategy will be successful.

A distribution fund is generally structured as a fund of funds, meaning that it is comprised of other mutual funds. However, some also include other types of investments.

Because of their focus on income, distribution funds are designed to fill a role in retirement that is somewhat similar to that of payments from an immediate annuity. However, there are some key differences. Perhaps the most important is that distribution funds offer no guarantees of the payout levels they offer; immediate annuities generally do (subject to the financial strength and claims-paying ability of the annuity’s issuer). Also, a mutual fund is not an insurance contract, as an annuity is. And immediate annuities often are designed to ensure an income that lasts throughout an individual’s lifetime, and/or that of a spouse. Though an investor can attempt to provide that with an appropriate distribution fund, no fund can guarantee income for life.

A distribution fund can help simplify and streamline the process of receiving ongoing income. You don’t have to worry about constructing that diversified portfolio yourself, shifting its asset allocation over time, or rebalancing it periodically. Also, the concept of a distribution fund may be easier to understand than an insurance contract that has many riders and variables. In addition, a targeted payout rate may make it easier to estimate how long your savings will last than if you were to try to manage your portfolio on your own.

Distribution funds also offer a great deal of flexibility. Even though you receive regularly scheduled payments, you can withdraw additional amounts from your principal at any time. That means you can adjust your annual retirement income from year to year, or make withdrawals to take care of unexpected costs. Investments that guarantee a regular income stream typically restrict the use of your principal.

Because distribution funds were intended as low-cost alternatives to annuities, expense ratios tend to be comparatively low.

As mentioned previously, a distribution fund may strive to provide a certain level of income, but there are no guarantees that it will do so. Depending on how a fund is structured and managed, a steep or prolonged market decline could affect the amount of the scheduled payments from year to year, or how long your investment will last. If you cannot afford either possibility, a distribution fund may mean more uncertainty — either long term or short term — than you’re comfortable with.

If you are willing and able to structure and administer a systematic withdrawal program independently, you may be able to replicate many of the advantages of a distribution fund with a well-diversified portfolio. That would give you greater ability to customize payouts to your individual situation. For example, you could shift investments based on what’s happening in the financial markets or your own life, and manage your tax situation from year to year.

Distribution funds are designed for individuals who plan to stay invested in a given fund for an extended period of time. If you’re an active trader or might withdraw your money relatively quickly, you may want to think twice; in-and-out investing will undercut the very reason for choosing a distribution fund. And be aware that even though you can withdraw amounts over and above your scheduled payments, those withdrawals will reduce future earnings that would have supported distributions in later years. That could leave you vulnerable to longevity risk — the possibility of outlasting your savings.

You also may need to consider any projected distribution fund payouts in the context of other retirement income concerns, such as the tax consequences of those payouts, or required minimum distributions from a qualified retirement plan or IRA.

One of many choices

As with most investment options, a distribution fund may not fill all your retirement income needs. Don’t hesitate to get expert advice on whether one might be useful for part of your portfolio, or for a specific purpose. 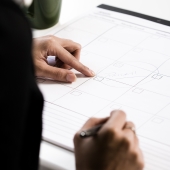 A fund by any other name

Distribution funds also may be referred to as:

Questions to ask about a distribution fund

Note: Past performance is no guarantee of future results. Asset allocation and diversification do not guarantee a profit or protect against investment loss.

Generally, annuity contracts have fees and expenses, limitations, exclusions, holding periods, termination provisions, and terms for keeping the annuity in force. Most annuities have surrender charges that are assessed if the contract owner surrenders the annuity. Before investing in a distribution fund, carefully consider its investment objectives, risks, charges, and expenses, which can be found in the prospectus available from the fund. Read the prospectus carefully before investing.